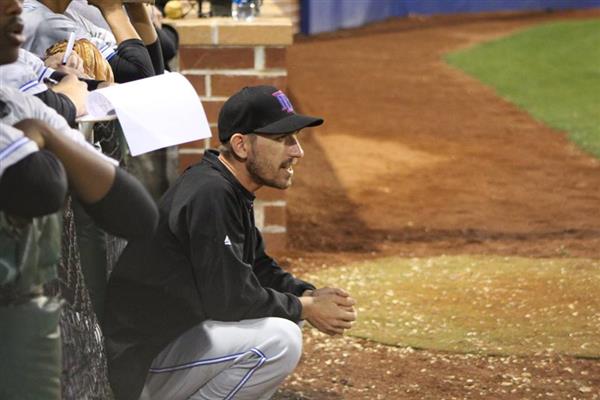 Coach Sayer was born in North Charleston, SC and has lived here most of his life.  He is a former graduate from Fort Dorchester, Class of 2003, during which time he played on the baseball team under Coach Jack Radcliffe.  After high school, Coach Sayer spent time at several SC colleges and universities, including the Trident Technical College, University of South Carolina, Charleston Southern University, College of Charleston, and even online school through the University of Phoenix, where he recieved his Master's in Secondary Education.

Coach Sayer began his teaching career at Stall High School, where he taught SS and was the head varsity baseball coach.  He was lucky to be able to return to his alma mater and was hired at Fort Dorchester back in 2015 as a SS teacher and baseball coach.

Coach Sayer is married to his beautiful wife and has an amazing new daughter, Libby Lu.  He also has two dogs, Chipper and Maddux, who he loves like sons.  Coach Sayer is a big sports fan, with baseball and football being his main loves.  He is an avid fan of the Dallas Cowboys, the University of South Carolina Gamecocks, and especially the Atlanta Braves.