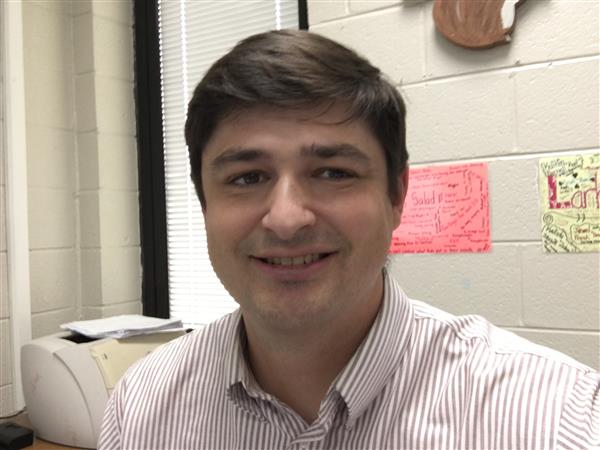 Mr. Way was born in the great state of Michigan.  He attended East Lansing High School where he was a two-sport athlete, playing basketball and baseball.  While in high school, he gained the reputation of having a great head of hair which followed him throughout his life.

Mr. Way attended Albion College and was a member of the Men's Basketball Team.  Although entering college as a biology major, Mr. Way soon realized that science was not for him (too much math).  He quickly switched to English and has been happy about this decision ever since.

After graduating from Albion, Mr. Way decided to try his hand in the business world.  He took a job as a Transportation Sales Representative at a company called C.H. Robinson.  However, he soon realized that he was a terrible salesman and very prone to sympathsize with those he was supposed to be negotiating money away from.  He then realized that he needed a change.  He decided to go back to college and become a teacher.  Mr. Way earned his teaching certificate and Master's Degree from Cleveland State University.

After graduating for the second time, Mr. Way took a job a Fort Dorchester High School having never even been to South Carolina.  He has never regretted this decision.

Mr. Way currently lives in Summerville with his beautiful wife, Heather, his rambunctious son, Andrew, and his giant dog, Winnie.  He coaches basketball and baseball as well as drives buses for the sports teams.  He continues to maintain his reputation of having a great head of hair.